The NuPrime CDP-9 is a highly accurate CD player with an integrated high-end DAC and preamp. A powerful DSP-based decoder that provides all Red Book error-correction capabilities with master-clock control of the entire decoding system, thus lowering jitter signiﬁcantly. The transport’s single speed minimizes vibration and unbalanced discs. The high-performance DAC, together with a selectable sampling rate converter for the digital output (up to 32bit/768kHz and DSD512) converts the CD format to either SPDIF at highest sampling rate or DSD format up to DSD512.

The sampling rate of any digital inputs, including CD playback, can be converted up or down between PCM and DSD, from 44.1kHz to 768kHz or DSD64 to DSD512 The conversion is achieved by up-sampling to mega hertz before down converting to the targeted sampling rate with ultra-low jitter and distortion Headphone Amp 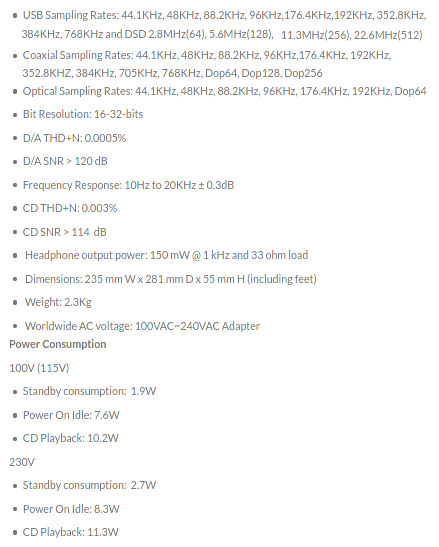